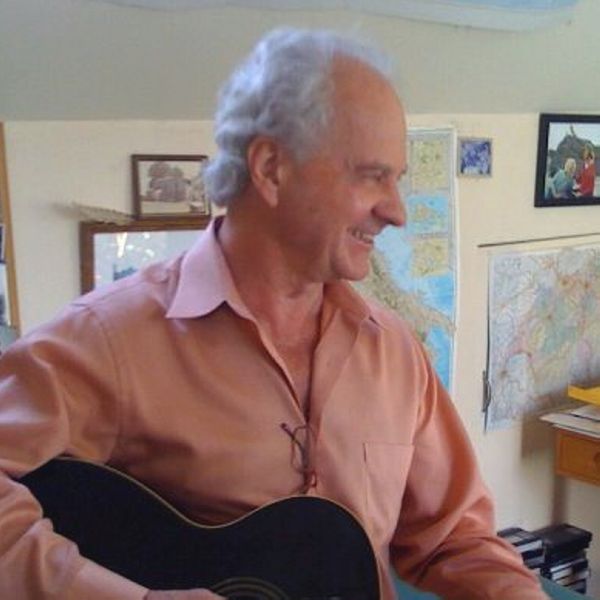 The Heart is in the Hands When Teaching

Did you know that there are receptors in our fingers and hands which are connected to centers in our brain responsible for conveying compassion? How often however, even when we as teachers do not consciously attempt to impart a corrective cue through our touch does the person we are teaching feel corrected. Their commitment to who they feel and think they need to be at a given moment in response to a stimulus often outweighs immediate acceptance of the new experience even though personal acceptance of what their new experience offers might lead to the changes in their life they wish for. Change seldom endures in the presence of self judgment. Change is commensurate with self compassion, reaffirming for the student they did the best they could with what they had available to them at the time. Given that unconditional touch is already connected to brain centers responsible for conveying compassion, when teaching could not the Alexander teacher then instill that same non judgmental compassionate touch already built into the system within the quality of their touch? And would this not invite their student to accept their new experience as an already existing part of their identity less foreign to them. With this in mind we will explore the “heart” in the Alexander work, through hands-on demonstration, discussion and multiple exercises designed for your personal experience of acknowledging what nature has already bestowed and intended.

For the past 47 years Tommy has taught and applied the Alexander principles and concepts and has guided thousands towards a life well lived more to their satisfaction. This list includes Alexander teachers and trainees, professional and Olympic athletes, dressage riders, scientists, physicians, corporate and university professionals, musicians, dancers, actors, children, trauma victims, the sexually abused, and those with life threatening disease and the disabled to a more fulfilling and meaningfully satisfying life. He currently has an active in-person and online teaching practice and taught on 30 teacher training courses in the USA, Europe, the UK, Netherlands ,and Asia. He has given well over 1000 workshops internationally for Alexander teachers, teacher trainees and the general public in 16 countries including Ireland, France, Israel. Germany, Austria, Italy, Holland, Hungary, Spain, England, the USA, Japan, Korea, Switzerland, Canada, and served as special assistant to the 1976 Olympic USA Heavyweight Rowing Crew. Tommy served on the faculty at Harvard University for 12 years where he taught the Technique to graduate students enrolled in the Institute for Advanced Theater Training, Harvard University/Moscow Art Theater and the American Repertory Theater. He is founder and Director of the Alexander Technique Center at Cambridge, where he has been training Alexander teachers since 1983. The Center was awarded The Best of Cambridge in Alternative and Holistic Health, by the City of Cambridge, Massachusetts.

A former Assistant Professor of Drama and Managing Director of Tufts Arena Theater at Tufts University in Boston, Massachusetts, Tommy has acted and directed over 200 theater productions, working, acting or directing with such notable artists as Tennessee Williams in a revival of Eccentricities of a Nightingale (1977), and Michael Douglas, actor/producer and two time Academy Award Oscar winner.

Along with Richard A. Brown and Helen Rumsey Jones, wife of Frank Pierce Jones, Tommy co-founded the Alexander Technique Association of New England (ATA) in 1982 and the Frank Pierce Jones Archives and the F. Matthias Alexander Archives, initially housed in the Wessell Library at Tufts University. He was ATA’s director for six years. He is author of Touching Presence (with Rachel Prabhakar) and co-author of Scientific and Humanistic Contributions of Frank Pierce Jones. He has contributed numerous papers on the Alexander Technique, Tai Chi, and theater to Alexander and theater journals, periodicals, martial arts journals and newsletters. Tommy is currently writing another book, ‘An Awakened Life: Evolution of an Alexander Teacher and a revised edition of Touching Presence, translated recently in Japanese and French, with Korean and Spanish translations in-progress.

No newcomer to the Alexander Congresses, Tommy presented papers on his teacher, Dr Frank Pierce Jones at both the first and second International Congresses at Stoney Brook, NY and in Brighton, England and was one of the Second Generation teachers invited to give master classes at the Third International Congress in Engelberg, Switzerland, and has consistently given Continuous Learning classes at the Congresses since their inception. In 2016, along with Debi Adams and Bob Lada, he co-founded ‘In the Company of Support’ an annual Summer Retreat for advanced study in the Alexander work for teachers, trainees and the invited public. Each summer teachers and guest presenters from the Alexander community and in the Arts , Humanities and Science worldwide are invited to teach and participate.

At the onset of the Pandemic, Tommy launched ‘The Gift Of Our Understanding’ a series of online Zoom classes based on his then recently published book ‘Touching Presence,’ granting to those participants who completed the course a ‘Career and Life Enhancement Advanced Study Certificate’ from the Alexander Technique Center at Cambridge. The course continues and now extends beyond the scope of his book into an in depth exploration of how to apply the Alexander principles and concepts to the ever evolving and delightfully surprising evolution of your life. Tommy continues to teach privately in Cambridge, Massachusetts, both in person and online. And, post pandemic he continues to travel and teach in numerous countries.