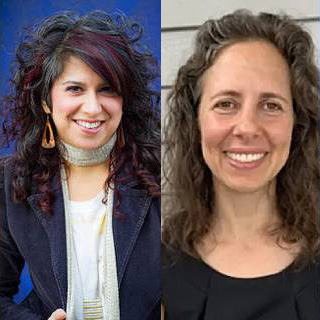 Sheila is currently Head of the Professional Training Program and Core Movement Faculty at Dell’Arte International School of Physical Theatre. For the past 18 years Sheila developed a career as a director, deviser, movement specialist, Alexander Technique and yoga teacher in Brooklyn, New York. As a theatre maker, Sheila is committed to non-traditional performance that is physical, music-driven, inclusive and literary. In New York, Sheila has directed shows at the Brick, the United Solo Festival (Theater Row), the Tank, the Women in Theater Festival (the Gural), the West End Theater, and the 72nd St Theater Lab. Regional credits include the Boston Center for the Arts, and the Minneapolis and Montreal Fringe Festivals. For eight years Sheila served as Head of the Movement Department at the American Academy of Dramatic Arts in Manhattan where she regularly directed and coached productions in the 2nd year of training and for the Academy Company. Sheila is intrigued by and actively investigating the overlap between physical training, creativity, mindful movement and Eastern meditation practices. Additional teaching and coaching with: California State University Summer Arts, Shakespeare & Company, Brandeis University, the Balance Arts Center (NYC), FSU/Asolo Conservatory for Actor Training, NYU Gallatin, the Linklater Center, the Upright Citizen’s Brigade, and Emerson College. Sheila is a proud member of the Humanist Project and a sponsored artist with Leviathan Lab, both companies based in New York City. Sheila is an alumna of Brandeis University (class of 1999), and NYU Gallatin (MA, 2010). www.sheilabnyc.com IG: @sheilabnyc

Kristin, founder of ArT of Releasing and Alexander Technique Brooklyn, is an AmSAT certified Alexander Technique teacher and a graduate of ATNYC where she completed a three-year training in New York City. Dr. Mozeiko served from 2005-2019 as a part of the full-time faculty at Queens College teaching music education courses and the Alexander Technique for musicians. Additionally, she became a certified Releasing coach and completed the training in 2019. Dr. Mozeiko holds degrees in music education (BA), French horn performance (MM) and completed her doctoral studies in music education (DMA). In her research and writing she has focused on diversity in education and has integrated the Alexander technique with music education/performance. Dr. Mozeiko serves on the Volunteer Organizing team for the AT Libration Project and is a member of the National Association for Music Education, the New York State School Music Association, AmSAT, the Women’s Band Directors Association, CBDNA, and IMTE (Instrumental Music Teacher Educator).