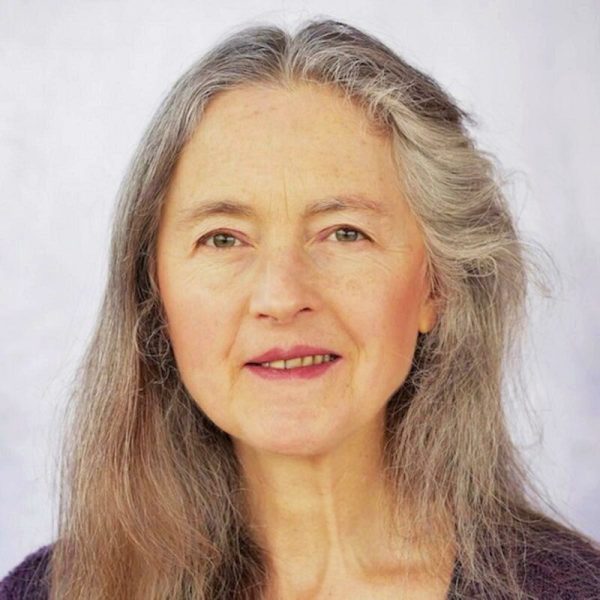 Penelope was born in Wales, and studied Zoology at Cambridge University, England. She left a PhD there to train at the North London Alexander School, qualifying in 1989. She then worked with Miss Goldie for four years, who, it felt, stripped away everything she had learnt, and rebuilt it as she saw the technique should be –a scary process!

Since then, she has worked extensively with other teachers who had known her, including Erika Whittaker, to understand the essence of the difference of her understanding. During two separate years, Penelope was unable to walk with chronic fatigue syndrome. These years of illness became times of quiet retreat, deepening her work.

With the illness now gone completely, she has regained resilience, strength, and fitness, particularly through using the Initial Alexander technique, which she studied with Jeando Masoero, along with The Embodied Present Process with Philip Shepherd. The Miss Goldie workshops started as a 90-min workshop at the International Congress in 2004 (Oxford), and was then followed with workshops in the UK, Ireland, Germany, and New York, including the Limerick International Congress in 2015.

Her book: The Alexander Technique: the Twelve Fundamentals of Integrated Movement, based around Miss Goldie’s work, was published in March 2021.

Since COVID-19, she has run trainings for AT teachers on teaching online, based on the material from her book. She now lives and works in the beautiful West of Ireland, teaching locally and online. Her work facilitates the pupil to discover the technique for themselves, to find natural breathing, poise, quiet awareness, integration, true fitness and strength.
In her free time, she enjoys making discoveries about the technique through singing and reciting, piano playing, yoga and fitness work, gardening, running, dancing, and walking her dog.